In the end of Meiji era, Takei Chiyo was born in a poor family in Osaka, and was sent to a theatre tea room as a servant when she was 9 years old. There, she was attracted by the world of theatre comedy. She grows up to be an actor and marries to Amami Ippei , but the war broke out and she was forced to stay away from acting for a while. However, when she comes back again, her acting in a radio drama impresses many people and makes herself one of the leading actors in western Japan. 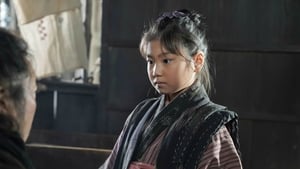